They proceed on the misconception that if they obtain the ‘Decree Absolute’ then that will be the end of their financial relationship too – and any agreement they have reached in respect of the finances is somehow ‘set in stone’ by virtue of the Decree Absolute having been made.

However, there is no time limit in respect of making a financial claim from one ex-spouse to another, even after the final order of the divorce (decree absolute) has been granted. Even once you have the final order of the divorce – the Decree Absolute – it is still open for either of you to bring a claim upon the other despite any informal agreement reached between you both, no matter how many years may have passed since your divorce (except where you have re-married, which limits the potential financial claims you can make).

Can my Ex Claim Money After a divorce?

An ex-wife or husband can claim financial provision from their former spouse indefinitely, unless a clean break financial order is in place.

The recent reporting of the case concerning Mr Vince, the husband and owner of Ecotricity Group Limited (valued at £57m) and his ex-wife Ms Wyatt, has again highlighted this perhaps surprising and often misunderstood aspect of divorce law.

The Wife in this case chose to make a financial application against her ex-husband some 19 years after their divorce. The relationship had broken down some 31 years prior to the court hearing the application.

In the years that had passed Mr Vince had built an impressive business empire providing eco-friendly power, by way of wind-turbines.

In the Supreme Court judgment in this case on appeal, Lord Wilson noted that:

“Consistently with the potentially life-long obligations which attend a marriage, there is no time-limit for seeking orders for financial provision or property adjustment for the benefit of a spouse following divorce. Sections 23(1) and 24(1) of the 1973 Act provide that such orders may be made on granting a decree of divorce “or at any time thereafter”.”

Lord Wilson noted the ‘formidable difficulties’ that the wife had in pursuing her financial application:

The parties, after protracted and expensive litigation, eventually reached an agreement between them, which was then approved by the court.

It must also be noted that both parties had clearly spent considerable sums on legal costs, which would be deducted from Ms. Wyatt’s lump sum once paid.

It would appear, perhaps, that Ms. Wyatt eventually compromised her claims, due to the mounting legal costs on her side, which would eventually have to be paid from any lump sum received. The husband, on the one hand, would have been able to cover any legal costs whilst the Wife was no doubt hampered by costs.

This is a paradigm example of the potentially negative implications of not pursuing a clean break financial order at the time of divorce.

It is only when you obtain a ‘clean break’ financial order before a divorce, which is approved by the court, that you have that protection.

However, this is not to suggest that such an application is straightforward, as highlighted by Lord Wilson’s comments on the numerous legal hurdles Ms Wyatt faced, especially where an application is pursued so long after the end of the relationship.

A further overriding factor is that, to pursue a claim long after the relationship has ended and the decree absolute has been granted, for both parties it has involved, no doubt, considerable legal and personal cost. This can be thought of in terms of the stress, time and investment it takes to deal with protracted litigation, which took the parties at one stage, on appeal, to the Supreme Court. These effects are not to be underestimated.

In summary, for those whose fortunes have faired well since their divorce, it is a stark reminder that such claims remain possible against them.

For those considering a financial claim long after the divorce has occurred, it is clearly not an easy route, but in the absence of a clean break, it remains an option without any limitation of time.

Katy has over 19 years experience of helping clients divorce –  protecting their financial and emotional best interests. 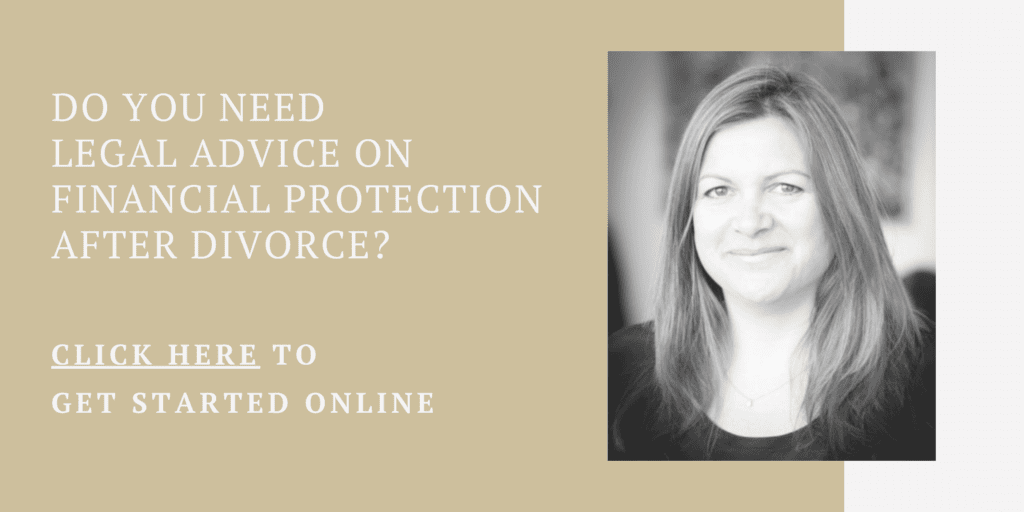 The news articles and blogs contained on this website do not constitute legal advice in relation to any particular situation. While Harbour Family Law aims to ensure that the information is correct (for England & Wales) at the date on which it is added to the website, the legal position can change frequently, and content will not always be updated following any relevant changes. You therefore acknowledge and agree that Harbour Family Law Ltd accept no liability whatsoever in contract, tort or otherwise for any loss of damage caused by or arising directly or indirectly in connection with any use or reliance on the contents of our website to the extent that such liability cannot be excluded by law. 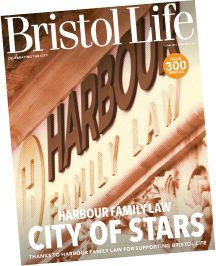 We are delighted to be
part of Bristol life!

Our goal is to create a comfortable and uplifting environment where clients can visit our family lawyers in Bristol, Portishead and Clevedon and receive expert legal advice that makes sense.

Get in touch Get started online
Free ebook!